When you open your browser and search for a sex doll, there should be one doll brand that comes up，WM doll. You would never guess that the most famous doll brand, WM doll, was created by an ordinary couple in China. They first entered the sex doll industry in 2012 and quickly changed it. 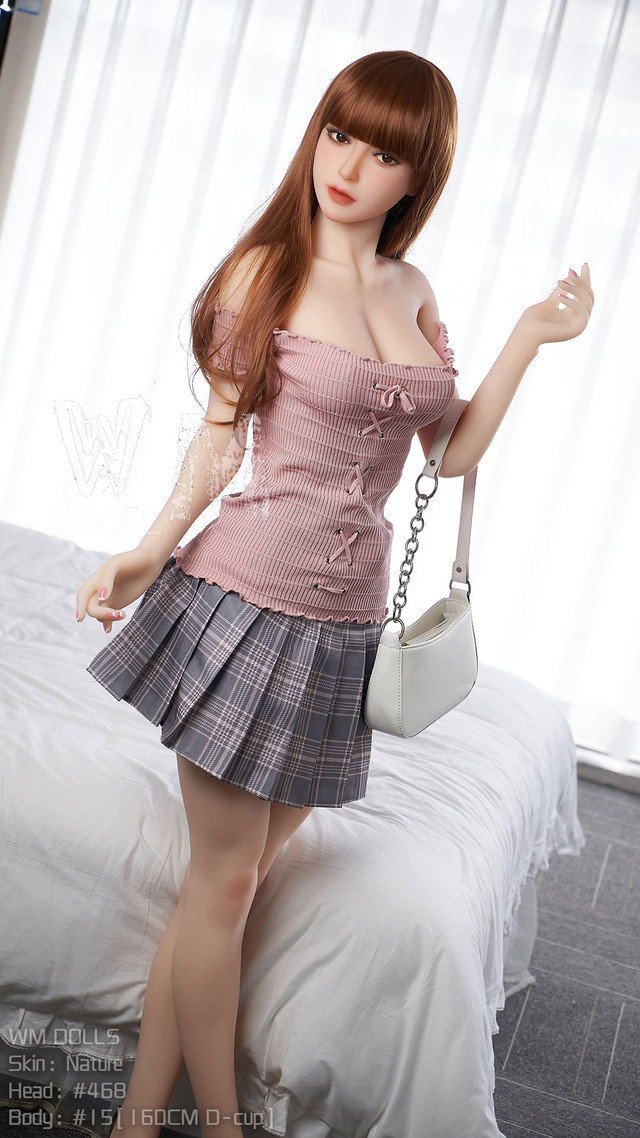 Before 2008, Liu Jiangxia and her husband were just regular individuals working in silicone material sales. They did not know about sex dolls at the time, even though the silicone industry and the sex doll industry were inextricably linked. Their most basic desire was to become wealthy. The family worked arduously and saved some money.

The only difference is that this customer wants to purchase a batch of model props with skin textures similar to or even softer than human skin. However, Liu Jiangxia and her husband did not refuse because the price he offered was very high.

Liu Jiangxia began researching silica gel as a result of this high-priced order. They investigated and inquired with various manufacturers to find materials that met customer expectations. Despite the difficulty of the process, the outcome did not disappoint them. They did find a suitable material, which is also the current standard in the sex doll industry - TPE.

Although the raw material of TPE meets the soft conditions, the shortcomings of unimproved TPE, such as solid taste and easy cracking, will undoubtedly dissatisfy their customers.

Finally, Liu Jiangxia decided to invest all their savings in this gamble for the first half of their lives until they developed TPE materials that met the requirements and won this high-priced order. Because they understand what this means, and because there is no such material on the market, they will receive a steady stream of charges if they develop it successfully, which will also provide them with an opportunity to enter the sex doll industry. Fortunately, their research path was not difficult, and they could develop materials that met their expectations. They immediately applied for intellectual property rights for their products to keep the vacancy of their materials in the market. After two years of testing, their first batch of TPE model props left the factory in 2011 and received positive feedback.

Good Fortune decided to take care of this ordinary couple again, most likely because of their hard work. At the time, China's e-commerce industry was just getting started. Of course, the astute Liu Jiangxia and her husband would not pass up such an opportunity. They sold their wares online. This choice helped them understand the sex doll for the first-time industry.

The spouse of Liu Jiangxia once noticed an intriguing note in his internet shop. A consumer questioned what should create the model doll with such realism. A male salesperson in the store performed these things, and the customer discovered that the chest of the model doll he purchased had been bit when he opened the store in the morning.

The friends of Liu Jiangxia dismissed this intriguing message and advised them to switch occupations and go into the sex industry. And at that time, several clients inquired about adding heads to their mannequin dolls, which would have cost a lot more. However, the conventional Liu Jiangxia never understood the sex doll business and turned down each suggestion individually. They recently narrowly prevailed in the game of life and have no intention of switching occupations. However, they were unprepared that daily visits to the store to consult sex dolls are considerably more common than daily visits to view model dolls. They are utterly powerless in this.

The real opportunity arose when some customers asked them to leave a small hole in the private part of the model when they purchased the model doll. Then the customer installed the vagina-inverted model themselves and sold the installed model doll as a sex doll at a high price.

Following similar incidents, Liu Jiangxia and her husband decided to investigate this industry. After learning about it, She realized there was a massive opportunity for the sex doll industry in China at the time, whether it was the development of the e-commerce industry or the imbalance in the ratio of men and women. Liu Jiangxia and her husband decided to explore the sex industry after visiting a sex toy store.

Because they had never really understood sex dolls before, their first sex doll is still made with model doll craftsmanship, with fiberglass as the skeleton and wrapped in two centimeters thick TPE material. They were inexperienced and had no idea how rough customers would treat the dolls. Their first dolls appeared one after the other, with flaws like collapse, breakage, and even oil leakage.

They discovered that the required funds to modify the current process or update the process problems were astronomical, just as they were planning to improve these problems. This meant that they not only had to abandon the industry in which they had finally established a foothold, but they also had to borrow a large sum of money because investment institutions in the sex industry were not interested at the time. They could only borrow money from relatives and friends.

Liu Jiangxia and her husband have already succeeded, and while they could be content with the status quo, they decided to take another risk. They kept borrowing money from relatives and friends and loaned millions of dollars, beginning the second big gamble of their lives.

This time, success came quickly because the material processing technology was mature, and their dolls were selling well. They were genuinely pleased with the outcomes of the two large bets. But the joy didn't last long. Despite their confidence in their dolls, the fledgling e-commerce industry still faces a lot of chaos.

Many customers who searched for silicone dolls saw many beautiful doll pictures, but the ones they ordered were inflatable dolls. This type of industry chaos damaged the sex doll industry's reputation, which directly impacted Liu Jiangxia and her husband's WM dolls.

To change the bad reputation of sex dolls caused by industry chaos, Liu Jiangxia decided to take their dolls to the exhibition so that people could genuinely recognize WM dolls. They first decided to participate in exhibitions in China, including Shanghai, Hong Kong, Xi'an, and Wuhan, and they nearly traveled throughout the country with their dolls.

At the same time, they began to focus on network publicity and established the WM official website. Their dolls began to travel internationally as well.

Their dolls were also displayed at the Hannover Adult Exhibition in Germany in 2018. This was the first time Chinese dolls entered the German Adult Exhibition and became the exhibition's star dolls. Today, WM dolls' overseas customers account for 80% of their total sales. 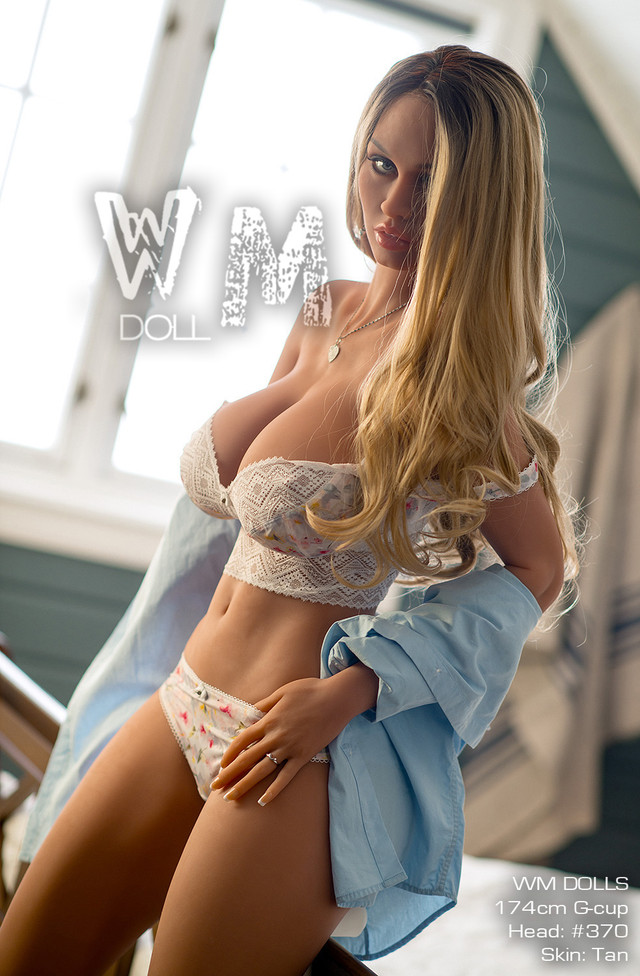 When they took their dolls to the exhibition in recent years, the doll industry went through two stages of explosive growth and restoration of calm. Because WM participated in various exhibitions, more people realized that sex dolls could make money in this industry. As a result, more and more people began to pour into this market, and sex dolls ushered in explosive growth.

As a result of this situation, their selling prices continue to fall, resulting in lower costs. Many of their competitors' dolls have unpleasant odors, cracking, and oily problems. It also created a loss-making situation. On the other hand, WM dolls have always maintained reasonable prices, and their decision to improve technology did not eventually cause them to fall into a vicious circle, as other doll suppliers have. The WM doll of today has grown from a small factory with only 20 employees to a large factory with hundreds of employees. They already have a fully functional assembly line that integrates R&D, production, and sales. The annual revenue is several million dollars, and the market value is $300 million.

From a small factory to an industry giant, WM doll knows that to continue to succeed, it must continue to innovate, which is why they were successful previously. In recent years, WM has developed many proprietary technologies, including breathing function, real oral sex, and WM Exclusive Articulated hand.

The patented technology has also evolved from the initial one patent to the current seven. The industry has successfully launched a series of new products, such as ultra-soft TPE, realistic silicone heads, and real-life hair transplants. Simultaneously, WM doll has not forgotten the extensive research and development of AI sex dolls. They have sold over ten AI sex dolls that can easily communicate with customers and breathe during sex. The experience the couple has summed up in their 10-year entrepreneurial journey is innovation.

Integrity is another factor that can help them succeed. Liu Jiangxia and her husband began in the silicone business, then moved on to the model prop business, and finally to the sex doll business. They have always believed that having integrity will allow them to advance in the industry for a long time.

This ordinary couple believes that their success is primarily due to their honesty. According to the interviewees, WM Dolls can succeed in the industry because they choose integrity and win-win situations with their customers.

Link Dolls Decided To Become The Same As WM Dolls In The Sex Doll Torso Industry!

And Link dolls stand out among them because it learns from WM dolls' successful experience and develops their characteristics. Customers' trust has been earned through reasonable pricing, high-quality service, and high-quality products, and it has successfully obtained WM doll Agency qualifications.

Link dolls continue to innovate and optimize its products to provide customers with unique, high-quality sex torso dolls and become a WM in the torso doll industry.